Please find below events and occasions that have taken place over the last few months at Headcorn School. 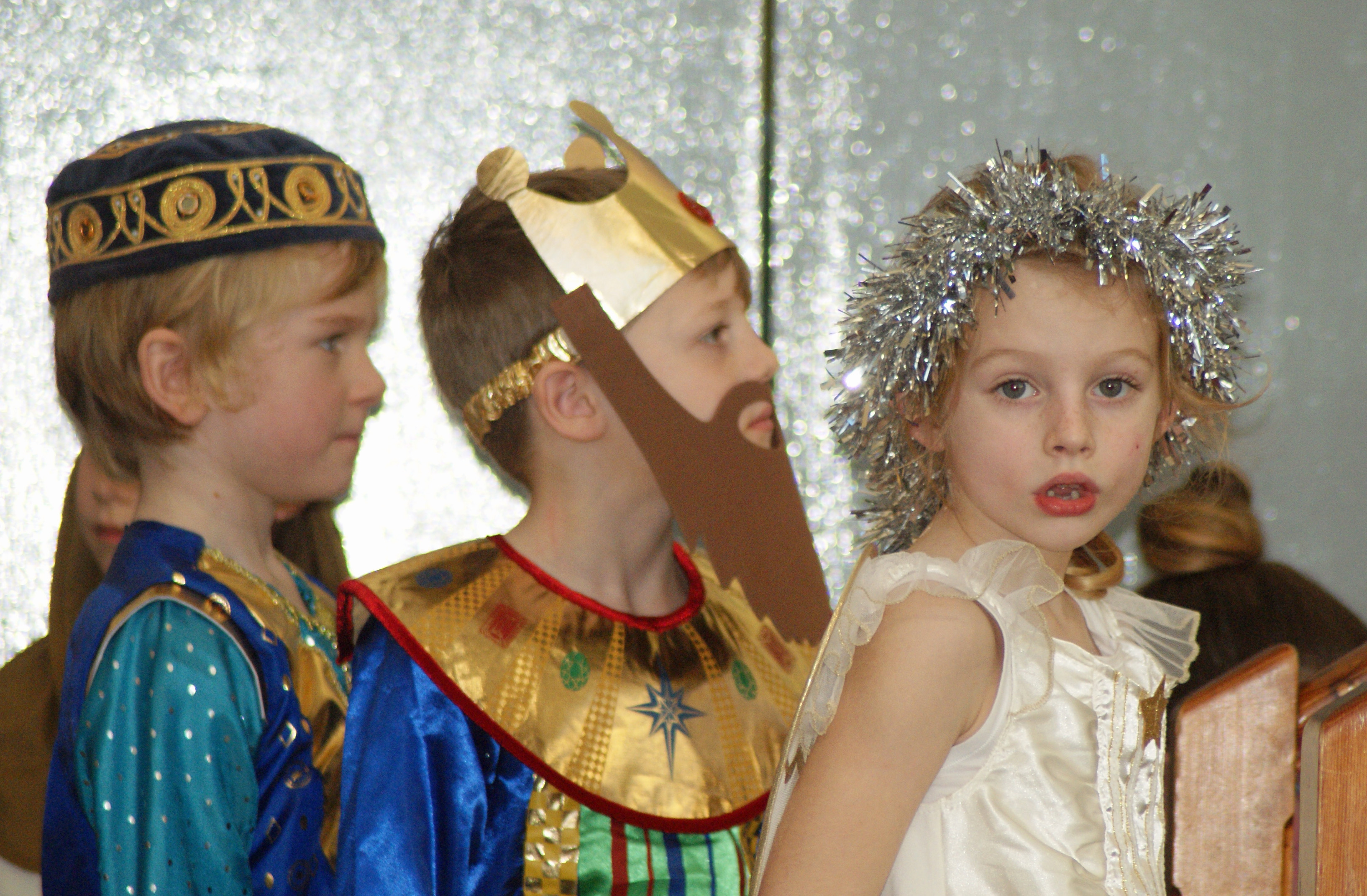 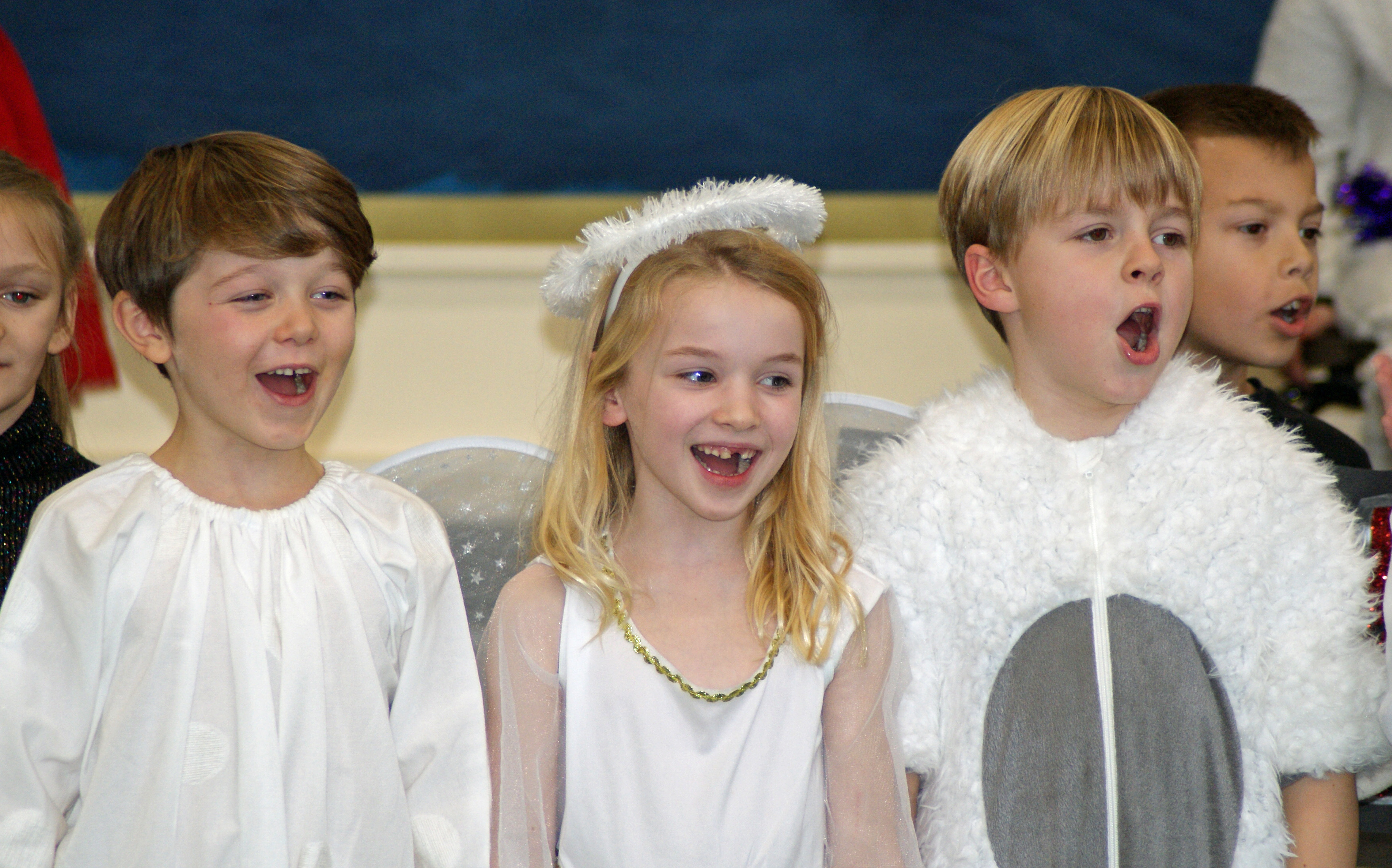 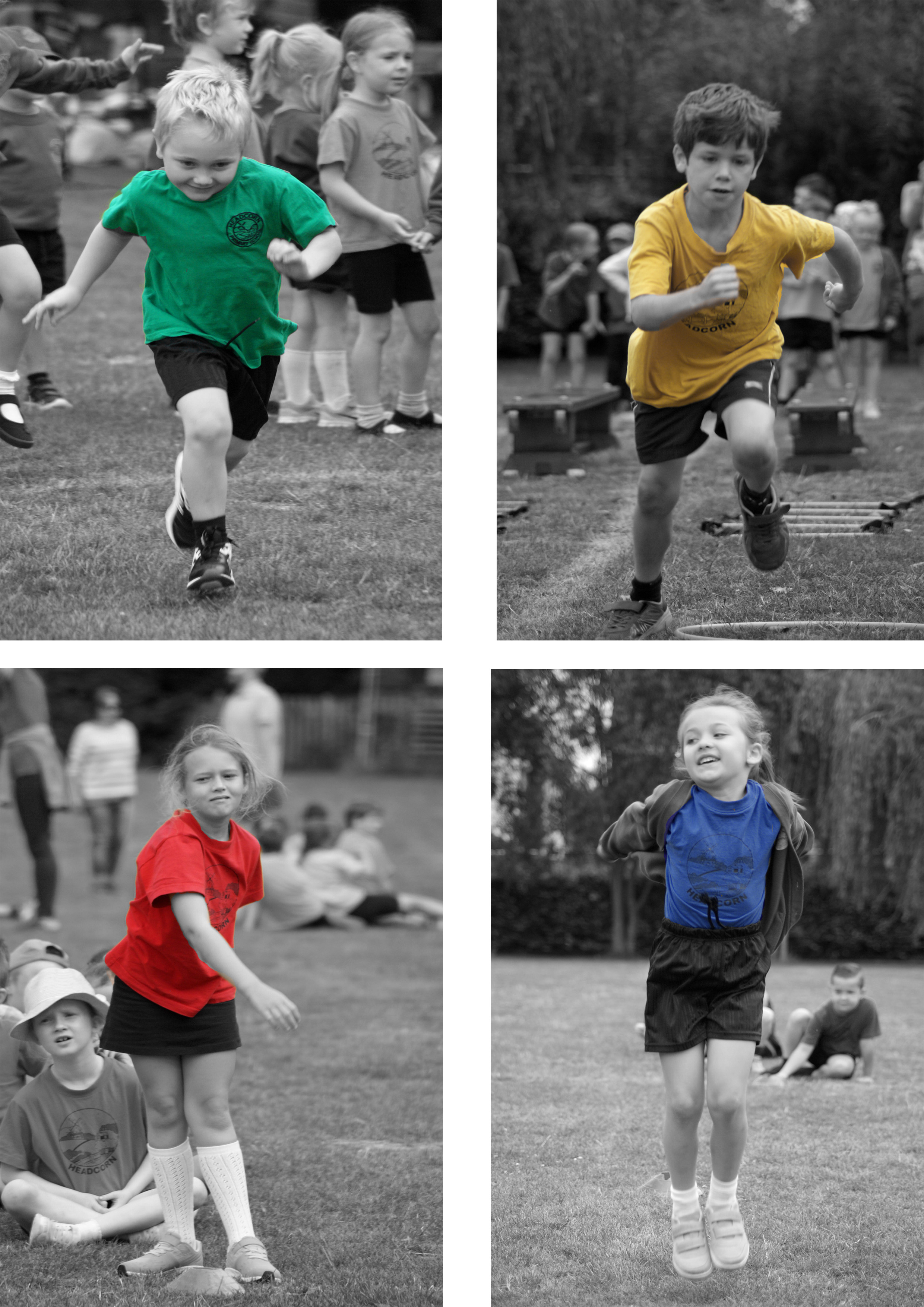 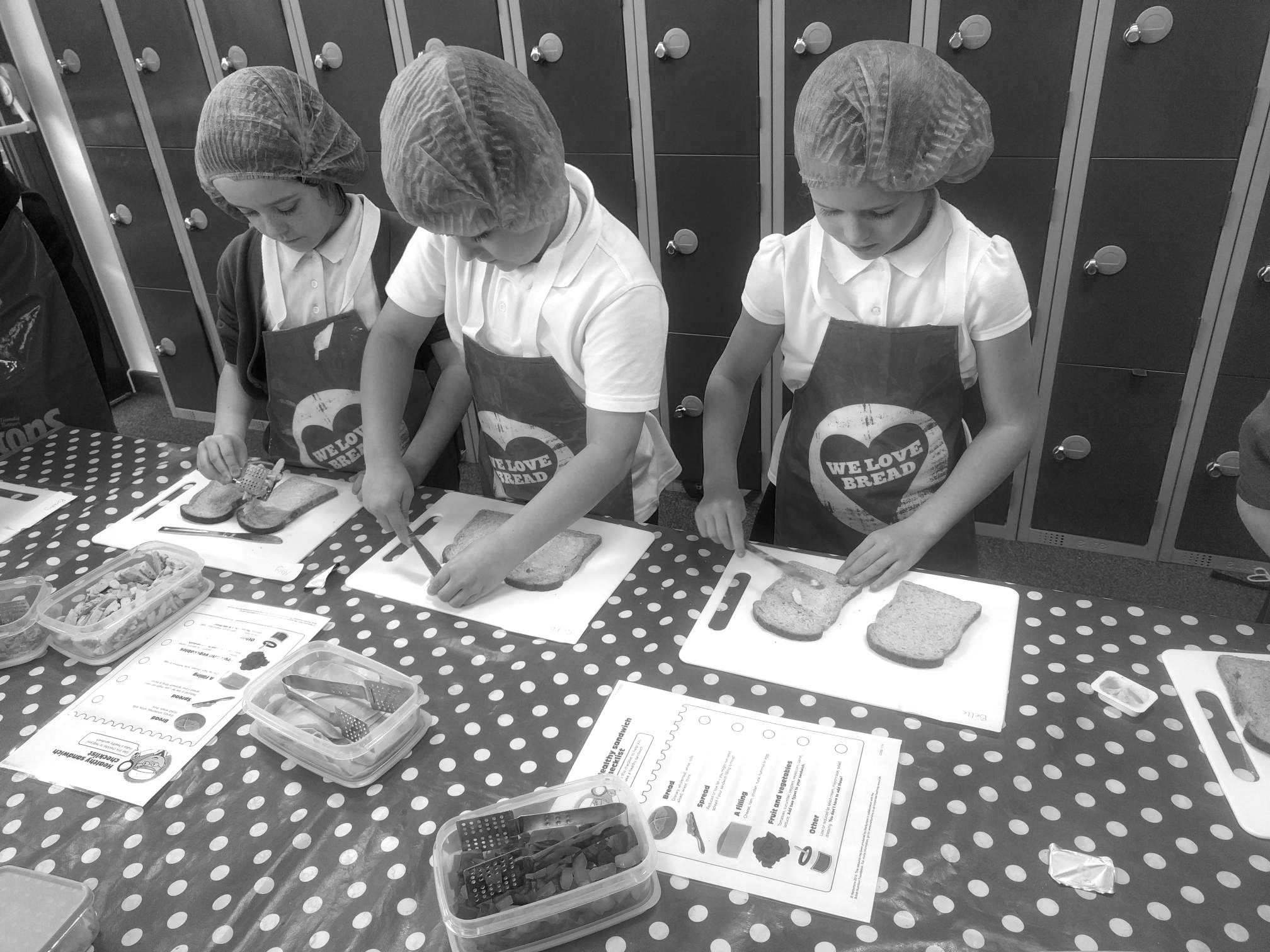 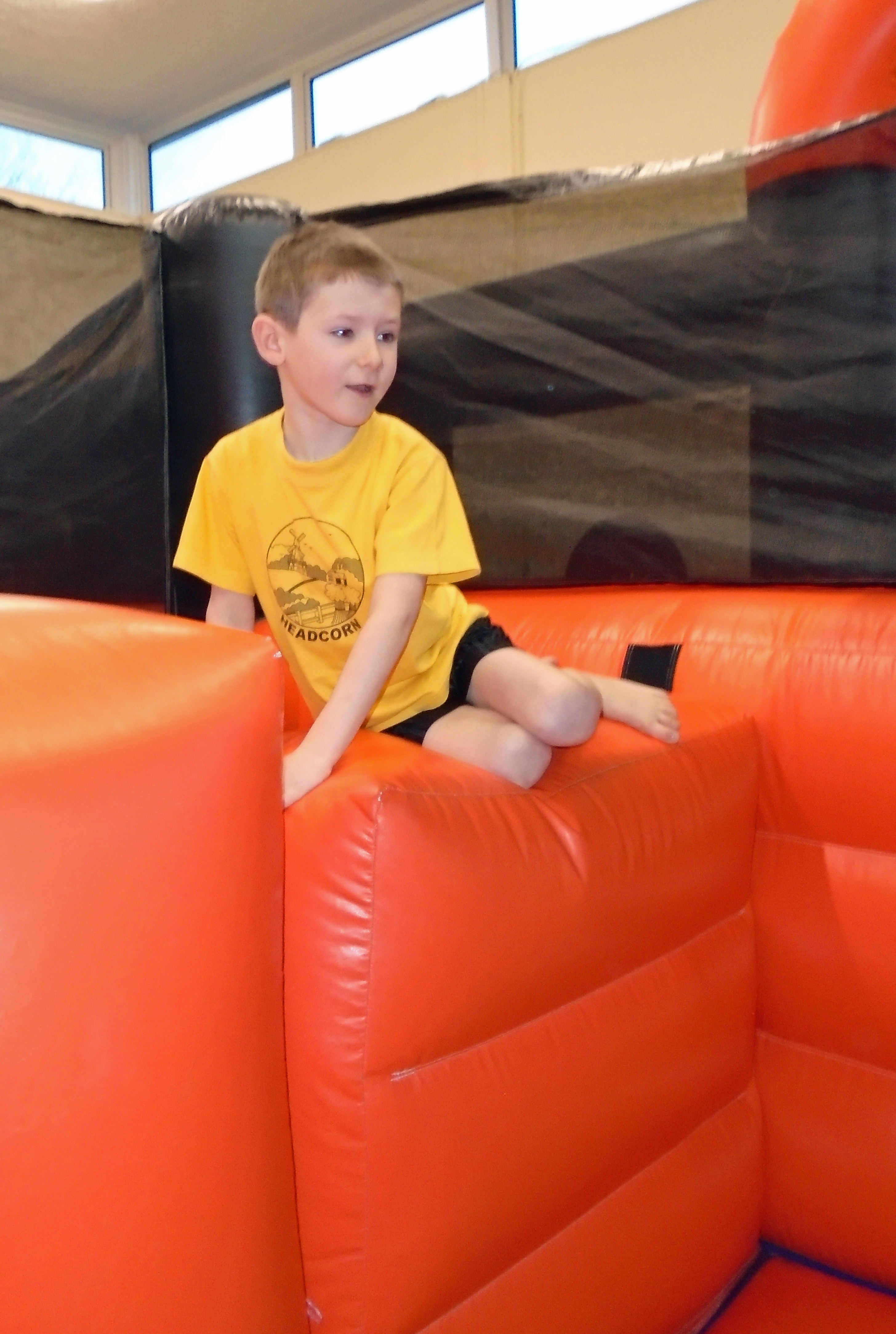 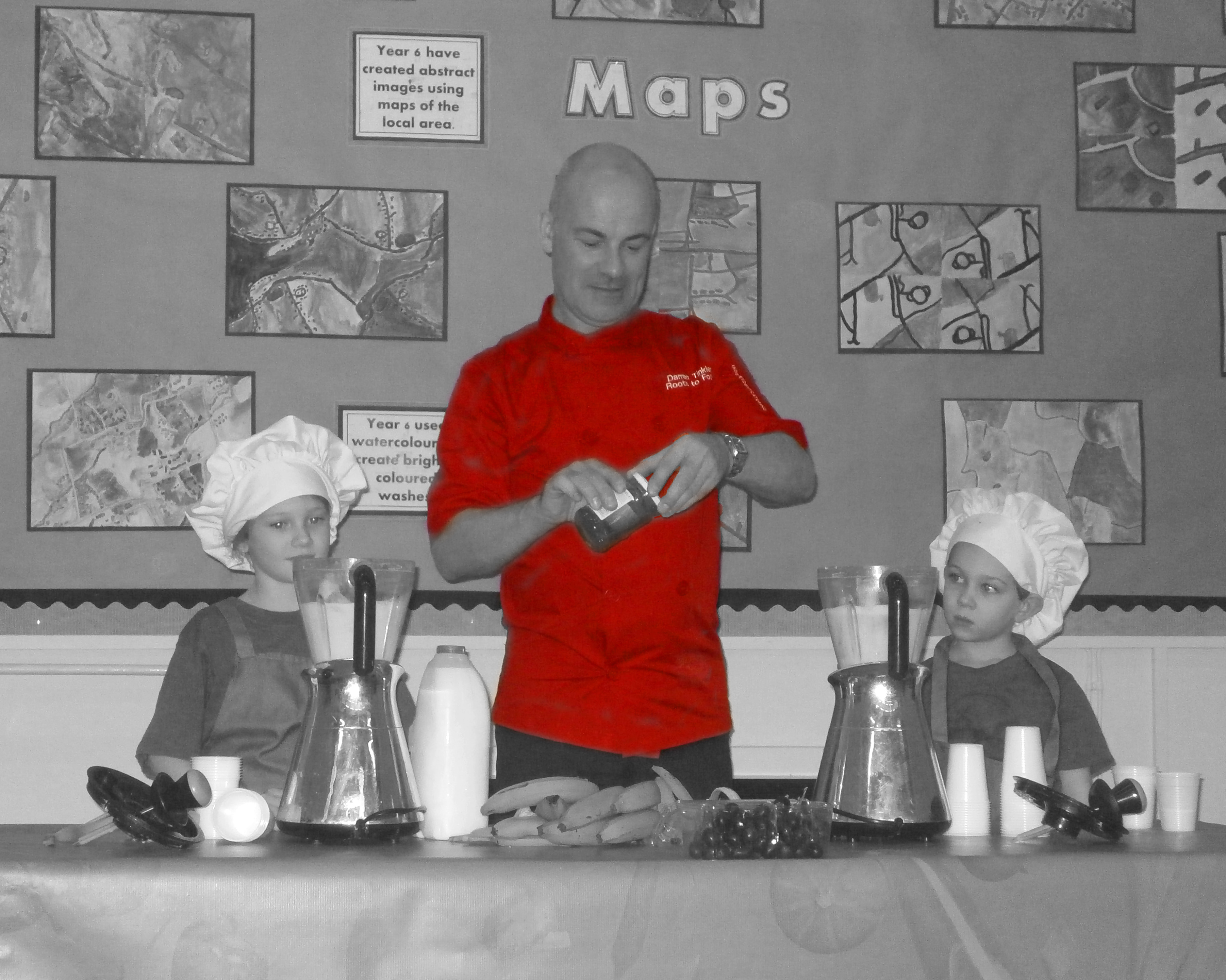 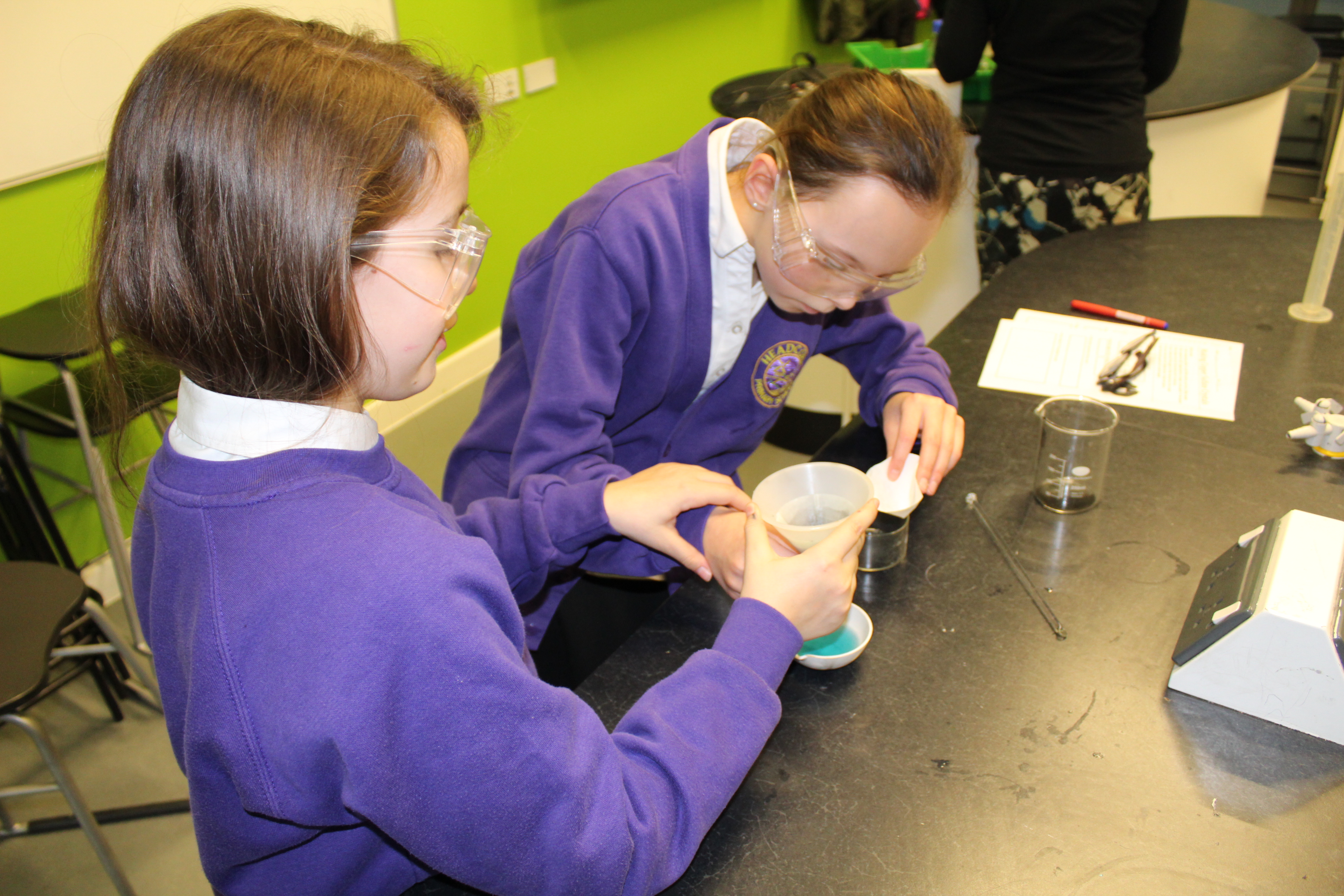 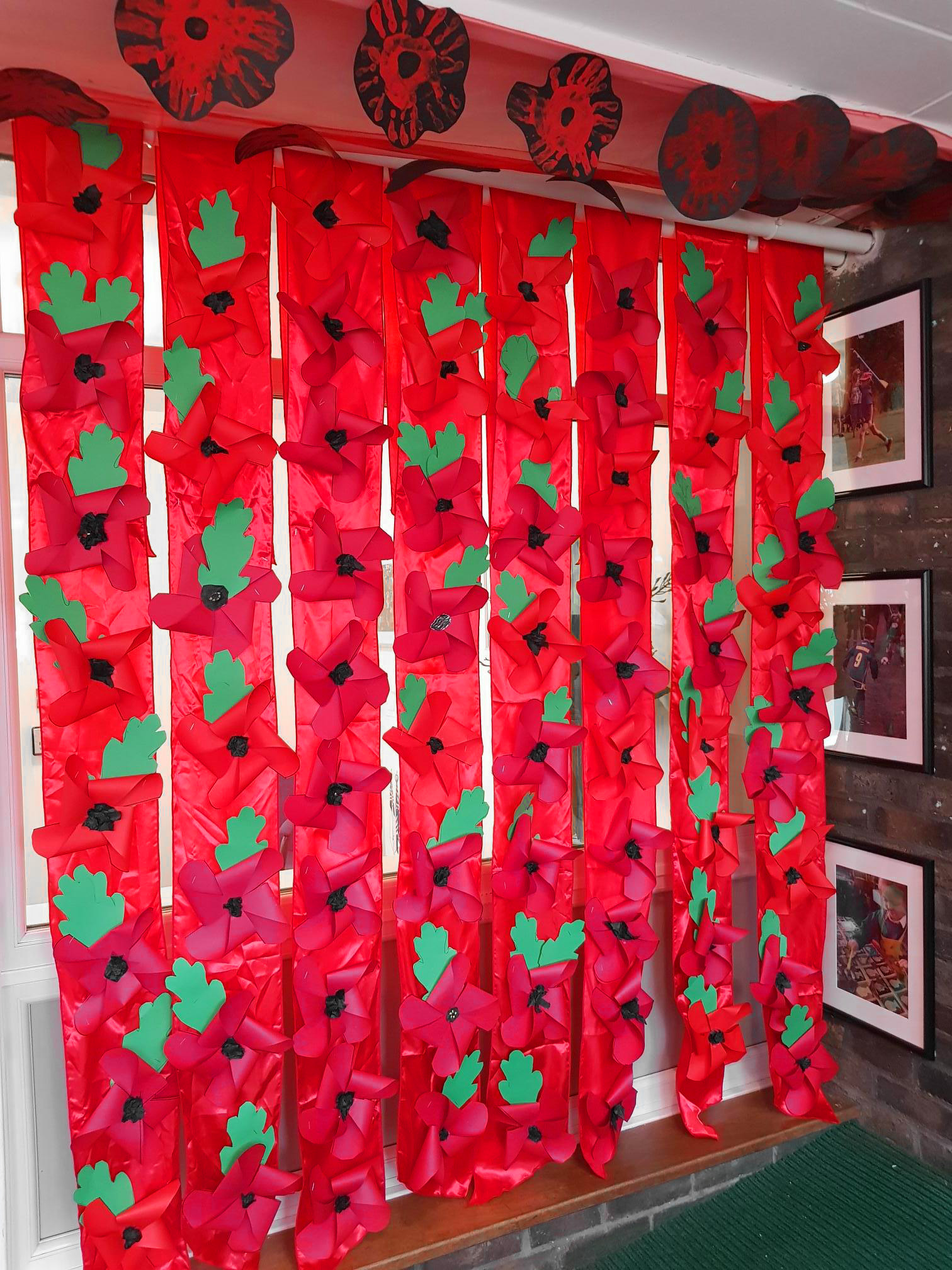 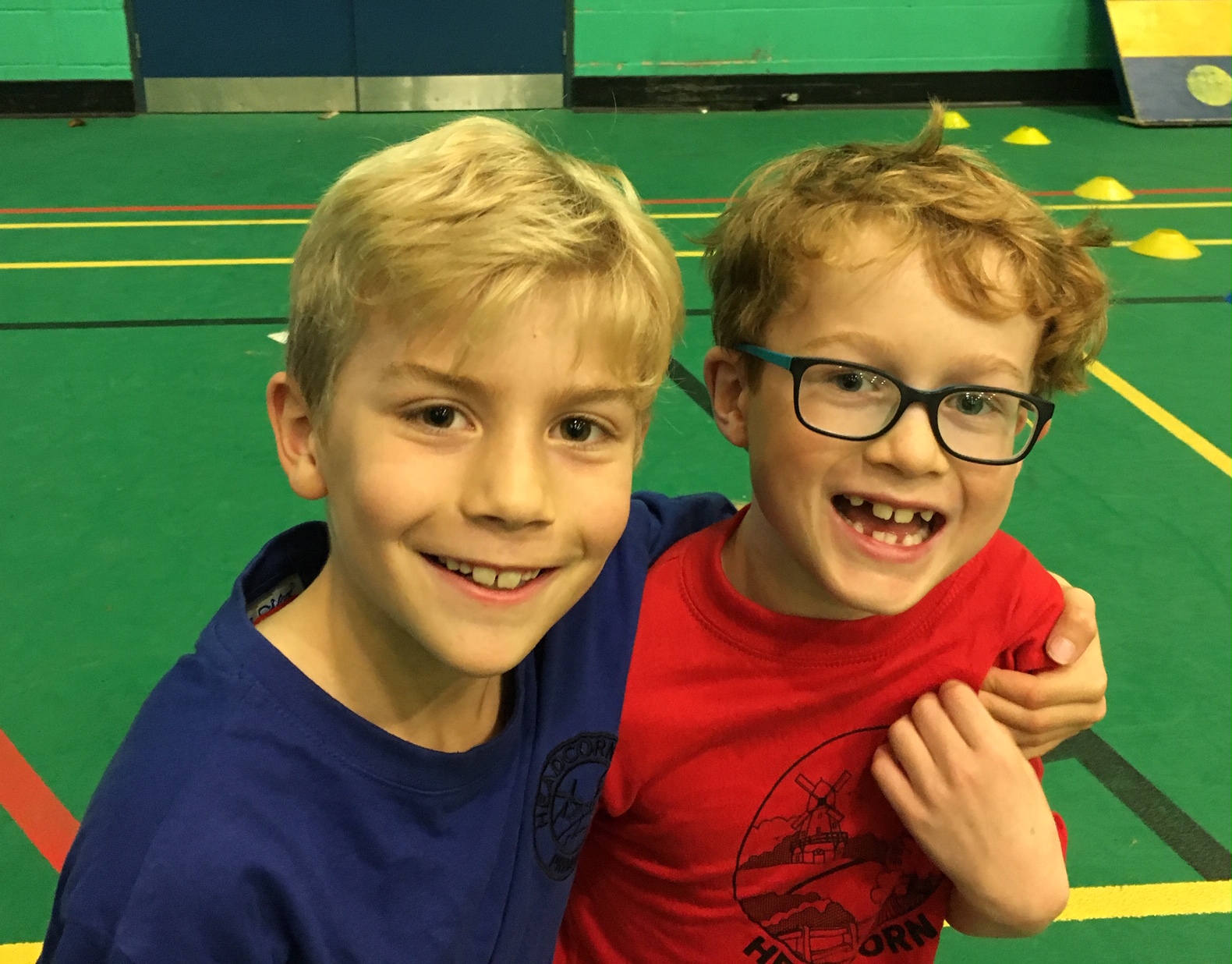 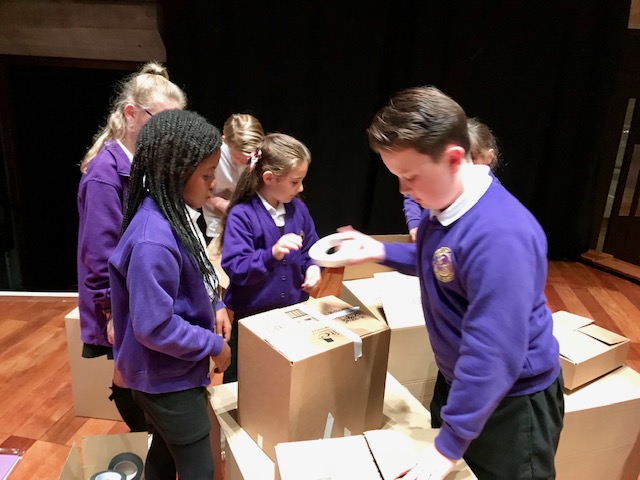 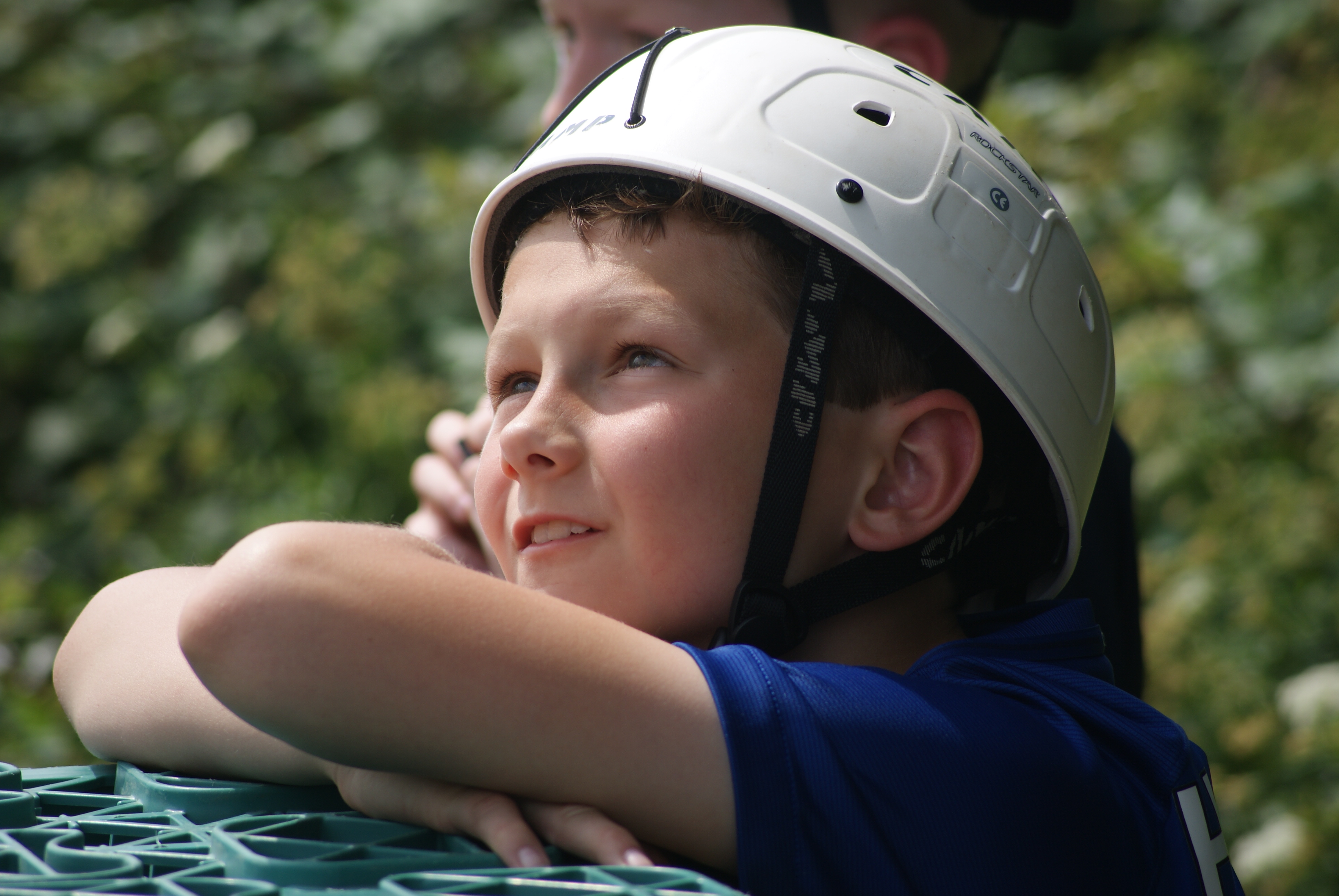 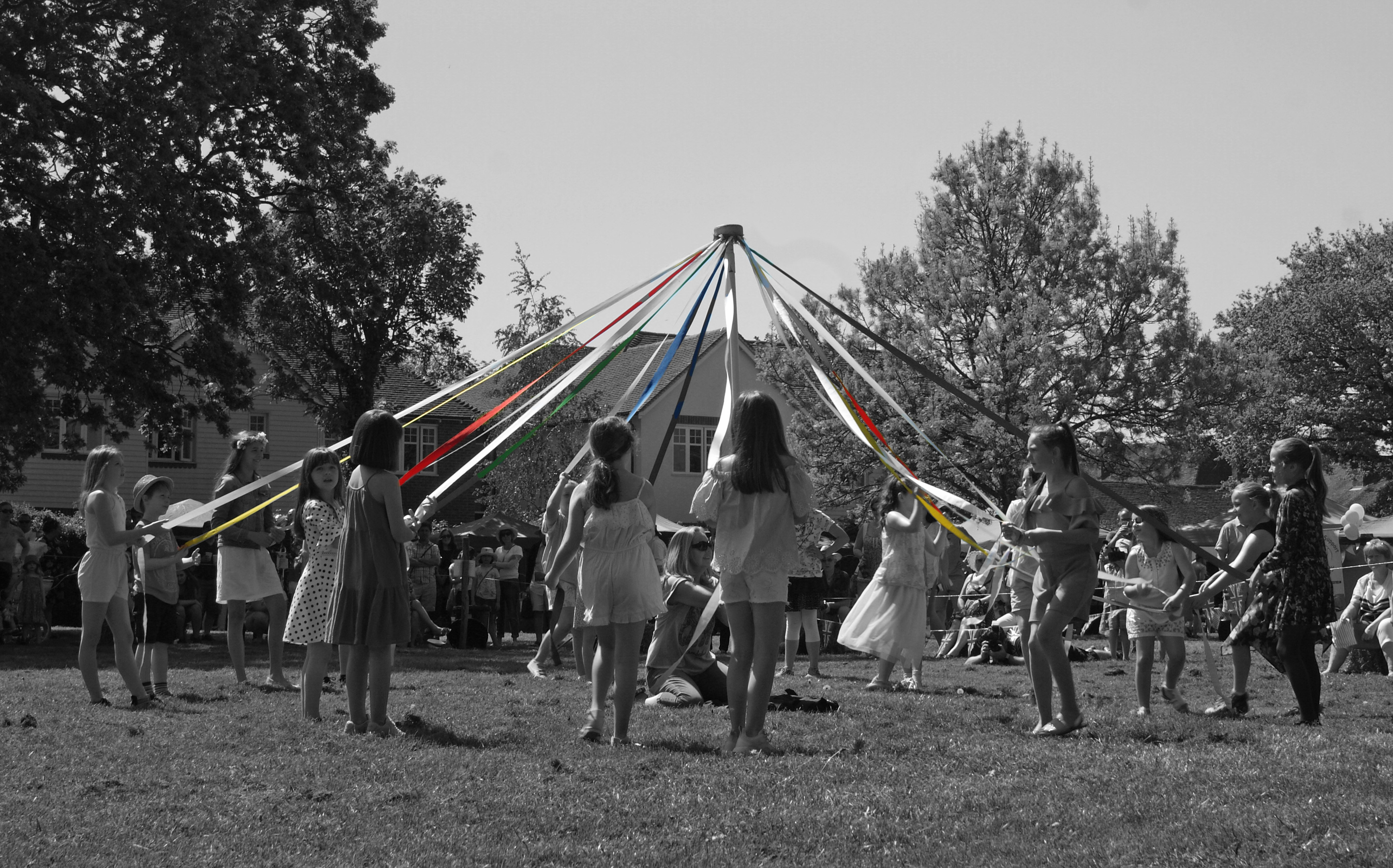 We were treated to fabulous singing and dancing throughout. The whole play definitely had the ahhh factor!

Parents are in for a real treat when the show opens later this week!!

Wow!! Thank you so much to all our Year 2 families who came to watch our amazing Nativity and provided some wonderful costumes too.

We are all so proud of each and every one of the year groups that performed in Lights, Camel, Action 2: The Sequin, and we thought it was a fantastic way to end our Christmas term.

Thank you to everyone who donated so generously on the door at our Christmas events.

We will be able to give generously to the 'Evelina Children’s Heart Organisation' who are the registered charity that Alfie’s Wish is linked to. We will share the final totals of these donations from all the Christmas events next week.

The ticket sales and costs have all been calculated and we raised over £1000 from our PTFA Fireworks Display at the beginning of November.

A big thank you to Vikki, Jen, the PTFA and staff members that organised and managed this fantastic event. It was a lovely display, the weather held off as much as it could and we received so many positive comments and expressions of thanks as families left the site.

Thank you to everyone who supported our 1000hours of Kindness month this October. Our hours have been totalled and we broke our target of 1197 hours with a whopping 2069 hours!

This is a fantastic effort and hopefully has had a really positive impact on our school and village community. The 1000 Hours organisation which is based in Ashford and works across the town, partnered with 25 schools this year and broke their own records with an overwhelming record of 53833 hours of kindness altogether.

We still have initiatives that we didn’t get time to complete in October so will roll these out over the course of the rest of this academic year as we know that kindness is not limited to October!

Our Minipods were installed by the EYFS gate and on the KS2 playground so we can get scooting and cycling to school. To avoid accidents please remember to dismount before coming onto school property.

Well done to everyone who worked so hard and with such creativity to get our school display together for the lobby of the church for the Flower Festival.

It looked stunning! The whole church looked beautiful and was well worth a visit.

Headcorn were involved in a football tournament hosted by Benenden School on Tuesday 17th September, as part of the Weald of Kent School Sports Association festivals that go on throughout the year.

A team of 10 children, made up from pupils from Years 5&6, played matches against schools from the Weald of Kent area.

A full report plus results can be viewed on the School Sport page under the Extra Curricular tab.

Children from both Key Stage One and Key Stage Two enjoyed Sports Day, on Monday 15th July at Headcorn School. Pupils were joined by their families, as our four houses of Churchill (Red), Thompson (Yellow), Shackleton (Green) and Stevenson (Blue) took part in competition both on the track and in the field.

At the end of the morning the winners of the Key Stage One sports were Shackleton house, narrowly pipping Churchill house to the win by one single point.

The whole school then had a family picnic on the field with music and entertainment.

It was then the turn of the older children to compete with all four houses again in action against each other for the honour of lifting the house cup. The lead changed hands many times during the afternoon's events leaving two houses with a chance to lift the cup based on the results of the last relay race of the day.

When all the points were totalled up, the winners of Sports Day 2019 were Stevenson House. Well done to all those involved, to our Sports Council members who helped during the Key Stage One activities and big thank you to all the parents who came along to support the event.

This year, on Tuesday 11th June, saw our 20 year anniversary of the school pool being reopened.

20 years ago, 20 people linked to the school were sponsored to cycle to France to raise at least £1000 each (£20,000 in total) towards significant renovations to re-open the pool that had not been used in a long time.

The use of the pool to this day is their legacy and shows the impact that fundraising like this can mean not only for your child but for future generations.

We have enjoyed a fantastic Science week! We have had a Science teacher in from Cornwallis leading an interactive assembly on a variety of experimental tasks, bunnies and other small critters visiting classes, activities involving testing liquids for alkalis and acids with purple cabbages, explosive Alka Seltzers in film canisters and the grand finale of Rocket Day!

A big Thank You to you all for the many, many plastic bottles (which will now be suitably recycled,) to Ms Woodgate for organising the special events and for all the staff involved in creating activities and learning opportunities throughout this week.

It has been fun.

Netball and the Orchard Run...

All pupils ran really well with a lot of team support and encouragement of each other. Congratulations and thank you to those pupils who participated.

Our Year 6 team came 3rd in the team event and overall we placed 5th . Well done to all our runners and we hope you enjoyed your picnic! If you are interested in photos please let the office know.

The netball team had tough matches this week but Mrs Stroud raved about how the team played in high spirits regardless of the challenges faced and they displayed integrity and sportsmanship. Well done to you all. We are very proud of our young sports men and women!

An enormous THANK YOU to everyone who organised, volunteered and supported our Headcorn Village May Fair on Bank Holiday Monday.

What a fantastic day we had full of fun, friendship, fairground rides, stalls, dancing, music, races, dogs, food and drink...and the rain held off for it all!

Well done for raising our school a staggering £6935.00 towards our Outdoor Learning developments. THANK YOU!

Headcorn took part in a Kent Teach Games cricket event organised and hosted by Greenfields Community Primary School on Thursday 4th April. Our two teams were placed in groups A and B, facing off against Greenfields and Wateringbury School.

20 children from Years 5&6 were involved in the competition - some with cricket experience from the club last year. Both teams did very well, winning one game and losing one. These results meant that Headcorn A faced Headcorn B in the 3rd/4th play-off.

When the last ball had been bowled Headcorn A had narrowly beaten Headcorn B by 10 runs. This bodes very well for the upcoming summer season and it would be great to see all these children carry on the great work at Cricket Club next term.

Well done to all those involved and a big thank you to parents who helped with transport and stayed to
support the teams despite the very cold weather.

Year 3 enjoyed a visit from the staff at Warburtons in March, who taught them about healthy eating, discussed different types of bread and made a variety of interesting sandwiches.

The Primary Fitness Challenge over Wednesday 27th February and Thursday 28th February was a huge success, with so many children beating their PBs (personal bests) not only over the times in their session but from the times that they recorded from last year. We are aware that some children have times that will rank them within the Top Ten across the county!

On Tuesday 5th February Headcorn had a visit from Roots to Food, and teachers and pupils took part in a cookery extravaganza!

Both plates of food were very tasty and beautifully presented and the Green Team won by a very narrow margin. In the afternoon YR and KS1 learnt all about how the body needs healthy food as a fuel, before they did bursts of exercise followed by making banana milkshakes.

Year 5 and 6 have had the fantastic opportunity to visit The Cornwallis Academy for a secondary school type science lesson on Monday 27th January and Monday 4th February.

Mrs Hatch the Head of Science for Future Schools Trust, invited the children to create their own copper oxide crystals. This involved using some interesting equipment including bunsen burners, much to the joy of the pupils. Lots of fun and learning was had and we look forward to continuing the excitement when we have Science Week in June.

On Wednesday 30th January a choir of 37 KS2 children went to the O2 Arena to take part in Young Voices 2019. After months of rehearsal, learning words and dance moves we had a fantastic time singing our socks off to a wide variety of melodies with just over 8000 other children from across the country.

This was a phenomenal experience for the adults and children alike. The children's behaviour, participation, singing and ability to have fun even when waiting around and queuing was something to be SO proud of. Take a look at these photos; just a small selection of what is available on Twitter, which was a hive of tweets and video clips all day from both the school and parents who travelled up with us.

Well done to pupils from our swimming team who took part in a gala held at Benenden School on Thursday 17th January.

Out of the nine schools competing Headcorn finished in a respectable 3rd place.

Merry Christmas from Everyone at Headcorn School

Well done to the fantastic HP Singers (our Christmas choir) for their very many carol singing gigs this week. They have sung at Yew Tree House, Eldercare and Culpepper Court. The elderly members of our community have thoroughly enjoyed their festive songs. Thank you to you all. You have brought smiles and joy to many faces - including mine!

On Friday 14th December we enjoyed a Christmas Musicial Extravaganza in which we were entertained by performances from the Lynx Handbell group, by the recorder group, some guitarists and clarinetists and the Year 6 Choir soloists. We do have a talented bunch of musicians! The morning was rounded off by magical performances by the Headcorn Staff Band who were enthusiastic participants if in need of a little more rehearsal next time!

I hope that you all have a fabulous Christmas together with family and friends. Thank you for all of your support and encouragement throughout this year and I look forward to seeing you all in 2019!

We had such a fantastic turnout with lots of lovely compliments for our first ever ‘after school’ Christmas Bazaar last Friday!

2 hours jam packed with festive games and activities hosted by the Class Reps and assisted by our Teachers, TAs and Y6 personal shoppers, talented Y2 and Y5 Young Entrepreneurs crafts, delicious cakes, snow family & reindeers crafted by Wrap-A-Round Care decorated the hall, a snow blizzard in the Courtyard , and a jolly Santa in our cosy Grotto.